You can set filters for cell properties or data types by checking boxes and selecting one or more items from the drop down menus at the top of the Cell Feature Search page. (Note: while the Transgenic Targeting and Donor Profile selections apply only to mouse and human cells, respectively, the rest apply to all cells.)

You can use the parallel coordinate plot to select cells with numerical features that satisfy certain conditions. First you choose up to five different fetures from the drop down menus under the axes, and then you select the value ranges of interest by clicking on the axes. For example, the cells selected in the figure below have Upstroke:Downstroke ratios in the range 2.0 to 5.0 and Adaptation indeces in the range -0.4 to 0.4. Each line represents a cell and the intersection with each axes indicates the value of the feature associated with the axes. 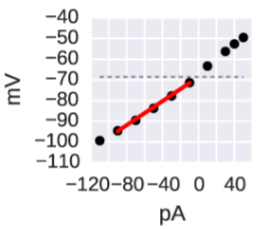 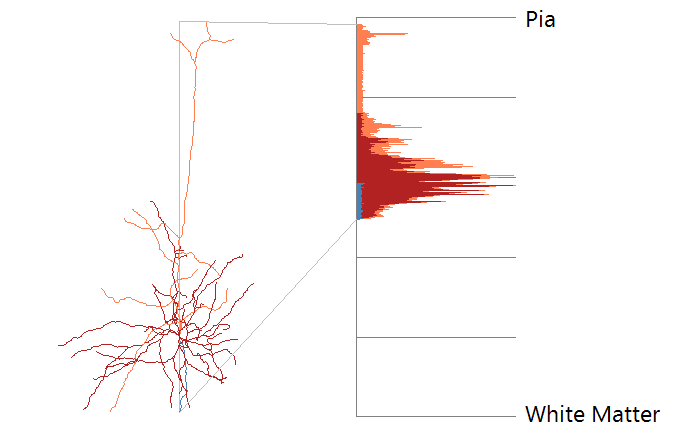 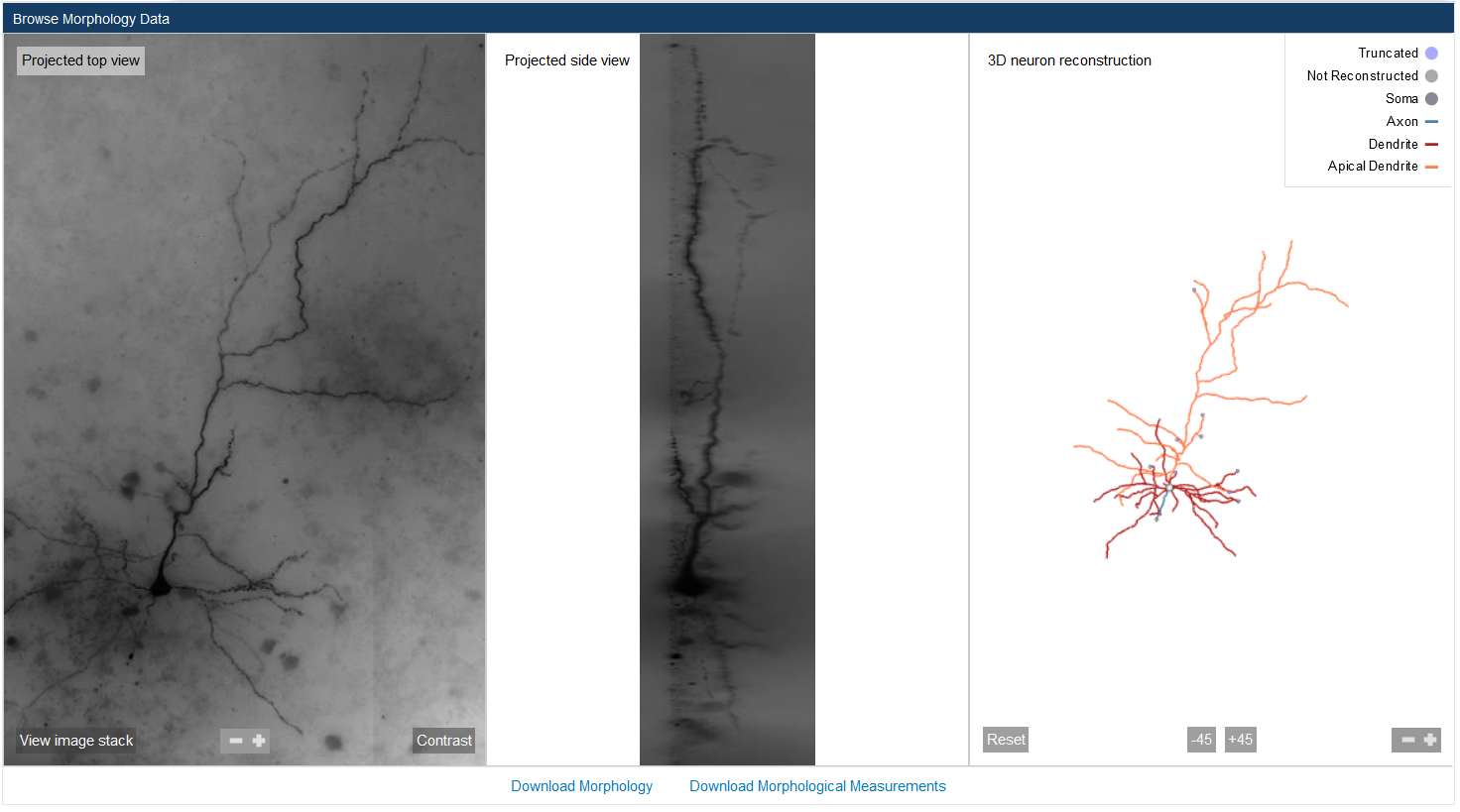 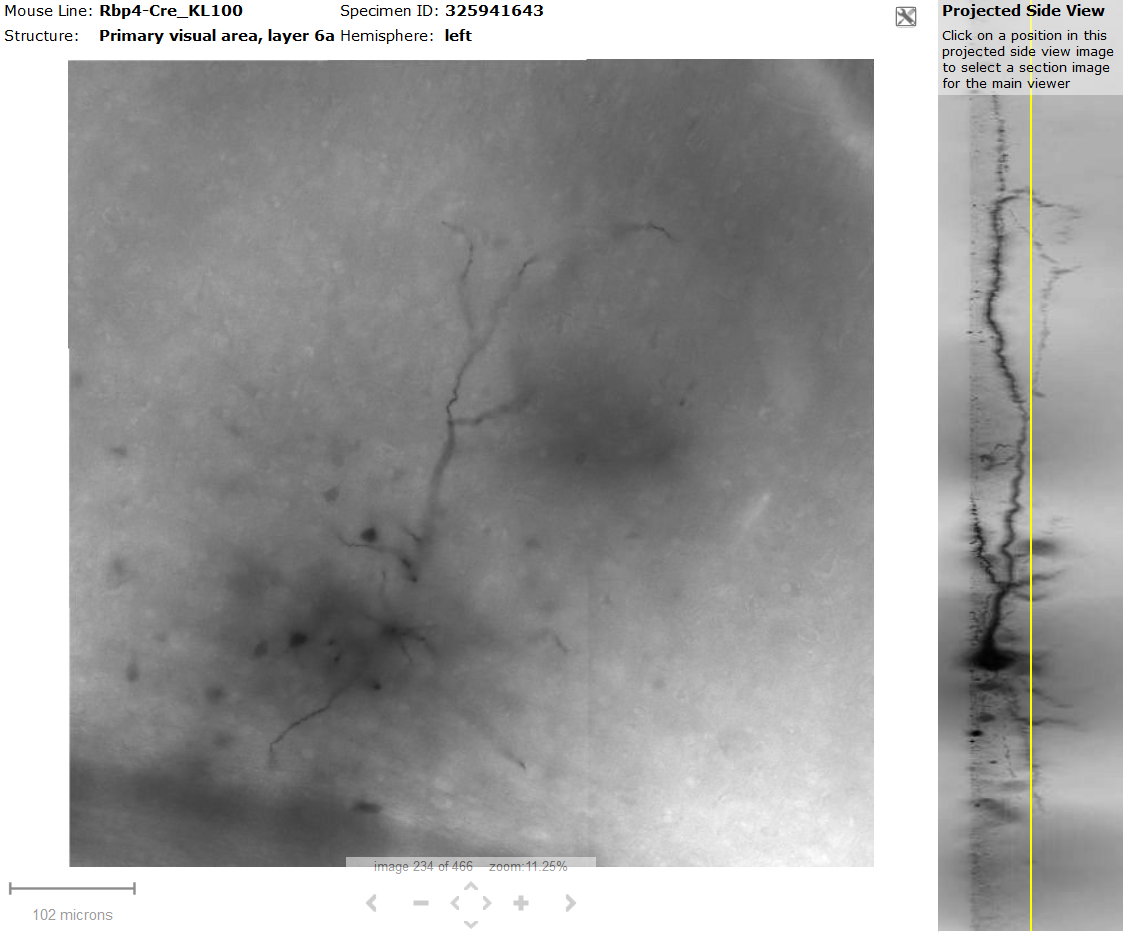