The Allen Institute has built a data-driven three-dimensional atlas of the adult C57Bl/6J mouse brain based on the ISH gene expression images of the Allen Mouse Brain Atlas. The project is called AGEA which stands for Anatomic Gene Expression Atlas. Essentially, AGEA characterizes the multi-scale spatial relationship in the mouse brain as derived from gene expression data without a prior knowledge of classical anatomy. In the AGEA online application, you can:

The application is loaded by clicking on the AGEA tab from the Mouse Brain Atlas and looks like the following image. 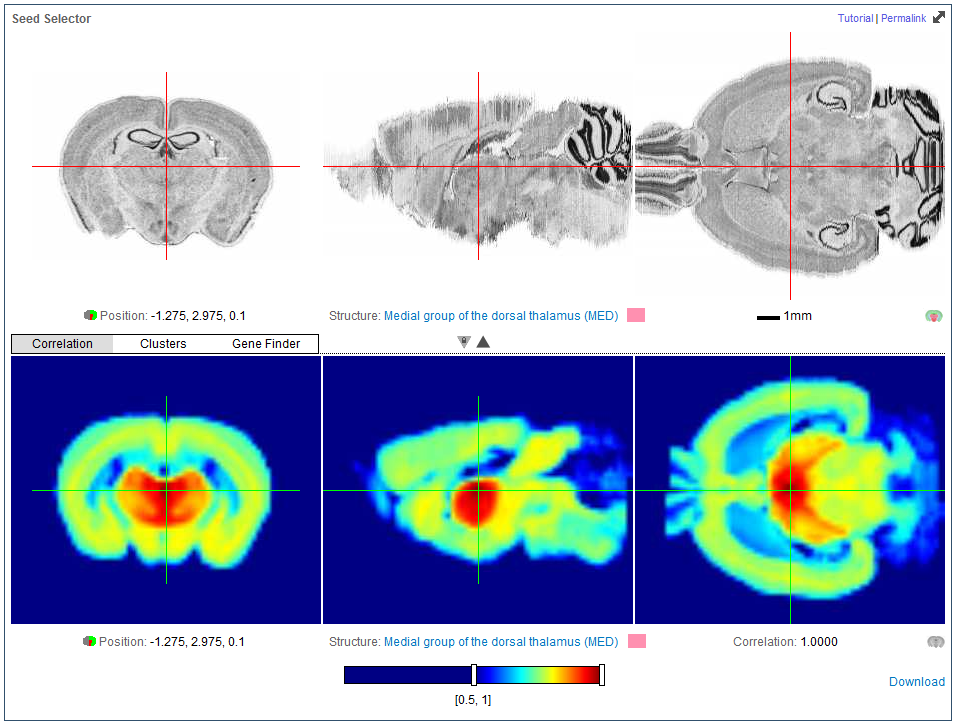 In Correlation mode, the lower panels show orthogonal views of the selected spatial relationship map. The correlation values in the bottom figures can be interpreted as a measure of average co-expression between two voxels. The higher the correlation value between voxels, the more common it is for genes from the seed voxel to be co-expressed. Higher correlation between two voxels indicates more spatial correlation of expression and thus potentially higher possibility that the spatial regions spanned by the voxels are anatomically related. This may indicate that the voxels compared share common cell types or represent a coherent functional map. The correlation map can also be used to locate coexpressing areas in other brain regions. In Figure 2, the map indicates that there is higher coexpression
with layer 5 than other layers of the cerebral cortex.